We promote a new orientation to the global economy--a redefinition of wealth and profit, and a unification of global currencies.

Every human being is wealthy, and every nation also. Understanding, protecting and valuing our diverse forms of wealth is what will make for sustainable and prosperous future.

Everyone has the innate tools for attaining wealth, and that money and development are not the only factors that will make an economy succeed in the long term. We want a sustainable economy that will not exploit any human or natural resource, and will continue to produce wealth generation after generation.

We also promote empowering every citizen to know how to participate in a successful economy. Through formal and informal modes of teaching in schools, camps, literature, lectures and formal seminars, we intend to broaden the definitions of “wealth,” “profit” and “success,” so that all sectors of society can partake in healthy and meaningful transactions of wealth in various forms. We have a special focus on youth and women, and empowering them with the know-how to participate in a healthy economy.

Profit should be redefined according to dharmic and humane principles. It should not apply to proceeds from speculation or gambling.

One should not obtain profit from a natural resource in its raw form. Nobody should own water, air or sky. Profit may be applied only to the human energy added to a gift of nature, rather than nature in its raw form.

Governments should work to reduce and eventually prohibit the commoditization and sale of inner and outer natural gifts. Until the time that the sale of natural gifts is prohibited, their trade should be standardized in a humane and universal way. 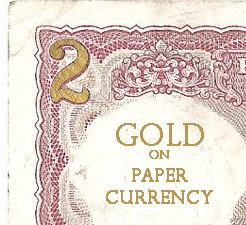 Economic instability and unsustainability are due to some specific factors, such as rapidly changing value of currencies and exchange rates;

the hoarding of gold, currency and goods (instead of rapid transaction); the easy reproducibility of currency, causing a surge in counterfeit money production.

Gold is a strong internationally accepted measure of wealth. Gold, a good conductor, supports the flow of positive energy in the human system and therefore is also a good facilitator of internal wealth.

For these reasons, in 2013, Swami Isa proposed a Resolution, which was unanimously agreed by Members of Parliament, that real gold should be used in the ink of currency notes at the real value on the note.  To achieve this, all nations of the world should share a single universal unit of currency based on gold; global markets should agree on a standard, fixed value of gold, without fluctuation; and a system of putting gold into the ink of currency notes should be devised, along with standard machines and ways of testing it.

In 2013 the Global Energy Parliament convened its 4th international session of parliament in London on the theme, “Sustainable Economy.” Held at the High Commission of India's Cultural Centre, the parliament brought together experts from many fields of society to discuss how their work is influenced by economic issues, and vice versa.

Five resolutions emerged as areas of special focus, which the Members of Parliament recommended to every nation’s government as well as the United Nations: