From education to business to healthcare and beyond, digitalization is unavoidable in nearly all areas of life. As we welcome the advances that it brings to human civilization, people from all walks of life are invited to discuss how to ensure that the new tools and culture of digitalization do not come at the cost of losing touch with what it means to be a human being.

Guest speakers and parliamentarians from around the world will present the the future in each sector so that we can better understand where each is headed, and what risks and what opportunities are afforded by digitalization. We will draft a set of recommendations for making the best use of digitalization in the future. Most of all, we need to ensure that the future of humanity is one of balance, peace, prosperity and happiness.

GEP invites you to join us at this two-day online parliament if you are interested in listening or sharing your own ideas. You, too, can become a Member of Parliament. We all have a responsibility to the whole world, for we all share one world. GEP invites every human being to become a Member of the Parliament and work for a peaceful, harmonious existence. 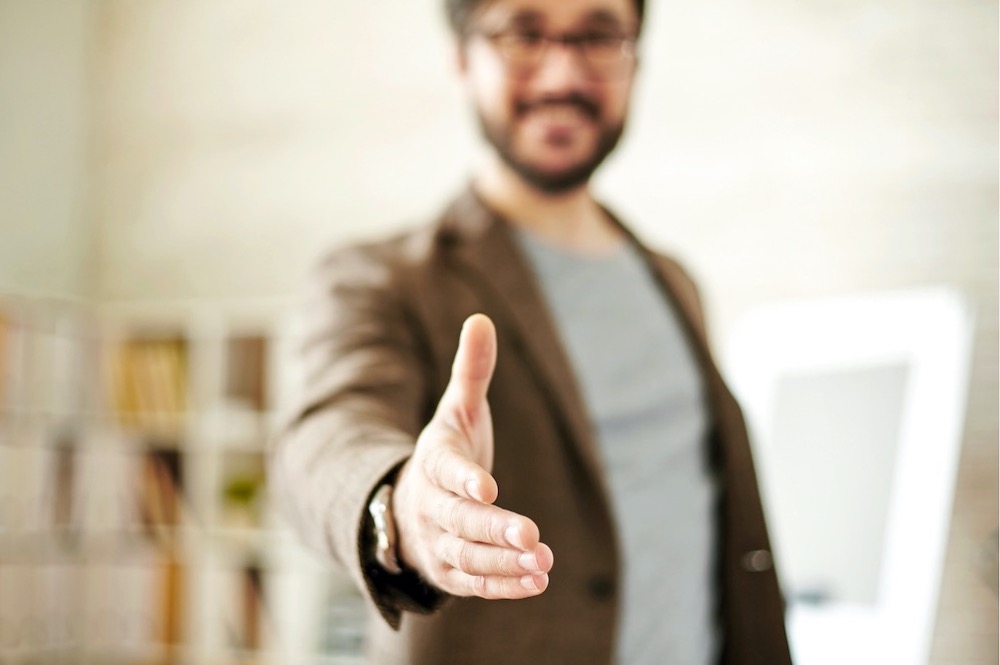 Fill in the online Registration Form to confirm your participation in GEP 2022 as a Member of Parliament (returning or new). 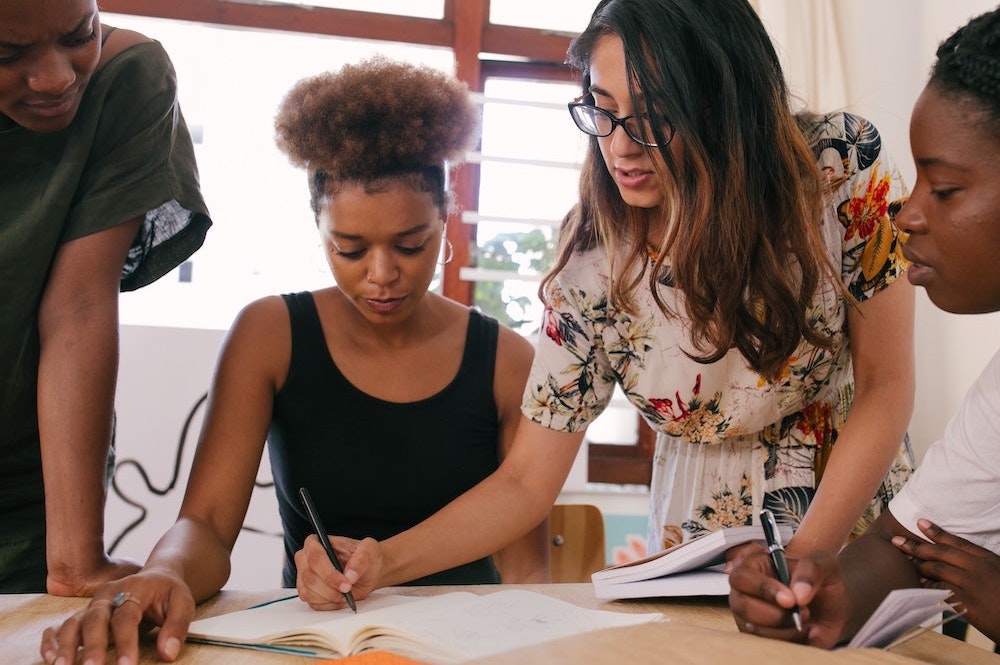 Registered Members of Parliament can contribute their ideas as Written or Oral Submissions. 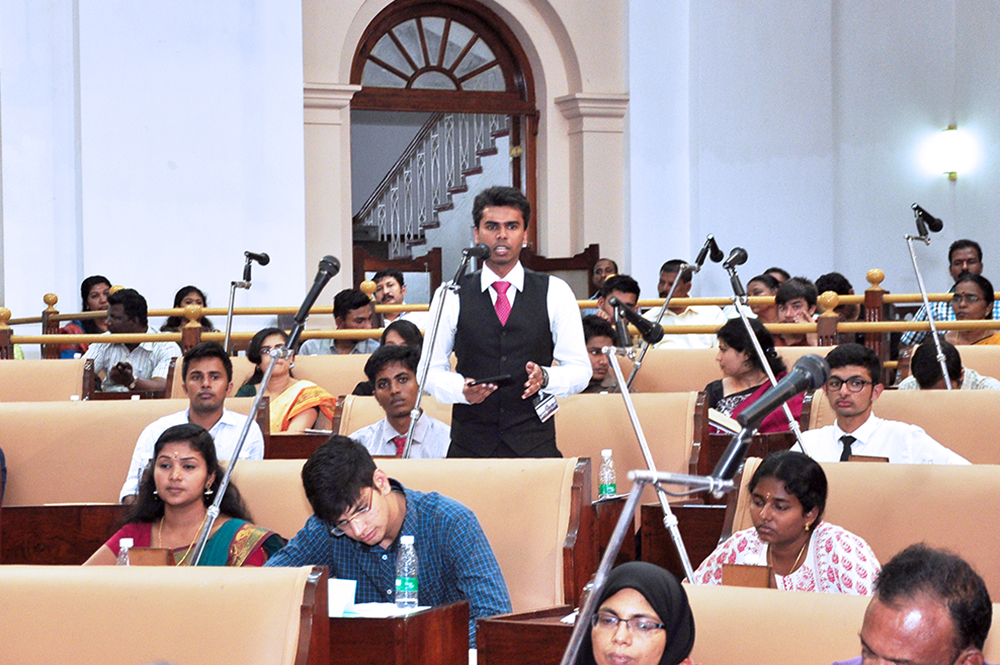 Registered Members of Parliament may ask questions to the Ministers during Question Hour. Submit your question in advance.

What does it mean to be a human being in an increasingly digitalized world? What is the relation between information and consciousness? What guidelines can we give to ourselves and to our governments to ensure that digitalization remains a tool for freedom, peace and prosperity, and not for enslavement?

The digital revolution has brought about sweeping changes to human life. Each day new digital technologies and processes overhaul previous capabilities, and bring with them new possibilities. It has converted nearly all aspects of our physical life into data which can travel at high speeds, changing our relation to physicality, time, space and even to ourselves as human beings.

Previously, most of human life was based on physical and analogic interactions. A certain pacing and spacing of life accompanied them, but now with digitalization interactions have become much faster and broader.

Information can be a source of power, emancipation and enlightenment, but it is not equated with those results; it is only a tool or a possibility to those ends. It can also be a source of manipulation, addiction and ignorance. Mere data or information is worthless without a human creator and a human receiver who use it, interpret it, and give it a purpose.

Vibrant debates and important discussions are being held today in every sector about the great possibilities and great risks that digitalization poses to them. Now a company can have a robot as a CEO, an AI being can gain thousands of fans as a virtual social media influencer, a bot can chat with you on a website, and an AI system can convince its creator that it is sentient. AI (or artificial intelligence) is beginning to have a great influence upon human life and at the same time reignites the old debates about what it means to be human. Is there anything special about the human body and human life, or are we merely bodies with ‘meat brains’?  What is consciousness, what is sentience?

Cryptocurrencies such as Bitcoin which run on blockchain, are decentralized, and anonymous, have become major threats to national currencies. Now nations like China and India are introducing Central Bank Digital Currencies, while the US and Europe are also considering it. Currencies would have no physical basis and governments would gain more control over them. Is physicality a necessary feature of a safe currency? Does the essence of real wealth necessarily change with time? (See our Resolutions from the GEP held in 2013 on Sustainable Economics)

Digital communications, the internet along with all devices and things connected to it have seeped into every aspect of our lives. Many people share deep concerns about privacy and security in the digital age, where personal data is connected to all of our activities, location and history and collected by companies and governments, often without our knowledge. Despite a number of laws being introduced to protect privacy, many people worldwide still feel unprotected.

Home life has dramatically changed too. Smartphones and communications abilities have blurred the boundaries of work and home life, and made access to information and entertainment possible 24 hours a day. Family culture and traditions have been disrupted, and children are especially vulnerable to the risks associated with social media and online life.

Education has become inundated with new technologies that offer students learning opportunities without the necessity of a live teacher, igniting debates about the role of the teacher in the life of the student, and even more about the real purpose of education—is it to merely accumulate information or is it an entire development of the human being? (See our GEP held last year.)

Agriculture is being revolutionized by the introduction of an enormous number of digital processes, which like in other sectors, have prompted much discussion and debate. The impacts upon the humans who consume food produced this way, and also upon the environment may yet be the most important unknown factors.

In the art world, a discussion is going strong about AI generated art, which has become increasingly available and effectively able to produce digital art like realistic photographs, paintings or videos with simple word prompts. What is real art, and what is the role of art in human life?

These are but a few examples of the debates that have been ignited in different sectors.

Right: Art created by the DALL-E AI software using a text prompt: "a painting of a human colony in space."  (DALL-E)

This session of the Global Energy Parliament is intended to look at the major elements of each sector that have been, and will be influenced by digitalization, and how the very essence of humanity is touched by these changes. We will hear about the debates within those sectors and examine them through the lens of our role and responsibility on Earth as human beings. We invite you to think with us about what it means to be a human being, what it means to be a good human being, what is our role in society, and what is our relationship to technology. Finally, we will put together some recommendations for governments—what do we expect and need from them in these changing times, surrounding digitalization and maintaining our humanity in the face of it?

How is this event different?

This event is different from other conferences on digitalization in its purpose and its format. First, we do not wish to simply present the pros and cons of digitalization, but more so to consider the key question of what it means to be human in general, and how that essence can be retained in the changing scenario of digitalization.

As far as the format of this conference, as a global parliament, we want every human being to engage in meaningful debates and collaborations in a structured democratic process devoid of politics. This means that our format is very structured, in parliamentary style, to allow the largest number of people to speak, with a Speaker who controls the discussions. In addition, our aim is to arrive at some resolutions that will become an Act of Parliament that can be shared with all governments and international agencies worldwide. Detailed submissions based on research work are given as Written Submissions, and in the online parliament, short Oral Submissions are delivered. Everyone who attends can do so as a Member of Parliament, and has the right to ask questions. (For the Question Hour, questions should be submitted in advance.)

The Global Energy Parliament (GEP) is an international body working for science, sustainability, and peace. Since 2010 it has organized annual international sessions of parliament bringing together scientists, philosophers, experts, artists, activists and global citizens as Members of Parliament who discuss and collaborate on innovative solutions to the most pressing issues facing the world.

GEP shares its recommendations with national governments worldwide every year through Resolutions and Acts of Parliament, through personal meetings with decision-makers, and by participating in the United Nations.

The work of the GEP is based on His Holiness Jagadguru Swami Isa’s unified theory called the “I-Theory.” Its premise is that everything in the universe is a manifestation of vibration (energy), the most basic unit of which is called the I-particle. Three variations of frequencies and wavelengths of the I-particle vibration create all the qualitative and quantitative differences in the manifested universe. The human being and the universe are both constituted by this basic element of energy.

The GEP was founded by Swami Isa through his Isa Viswa Prajnana Trust (IVPT), a charitable organization which has held Special Consultative Status to the United Nations ECOSOC since 2015. The GEP and IVPT organize regular activities aiming to inculcate knowledge in individuals about what it means to be a human being and how to live in balance and happiness.

Visit us on social media, and use the hashtags #gep2022 #humanedigitalization