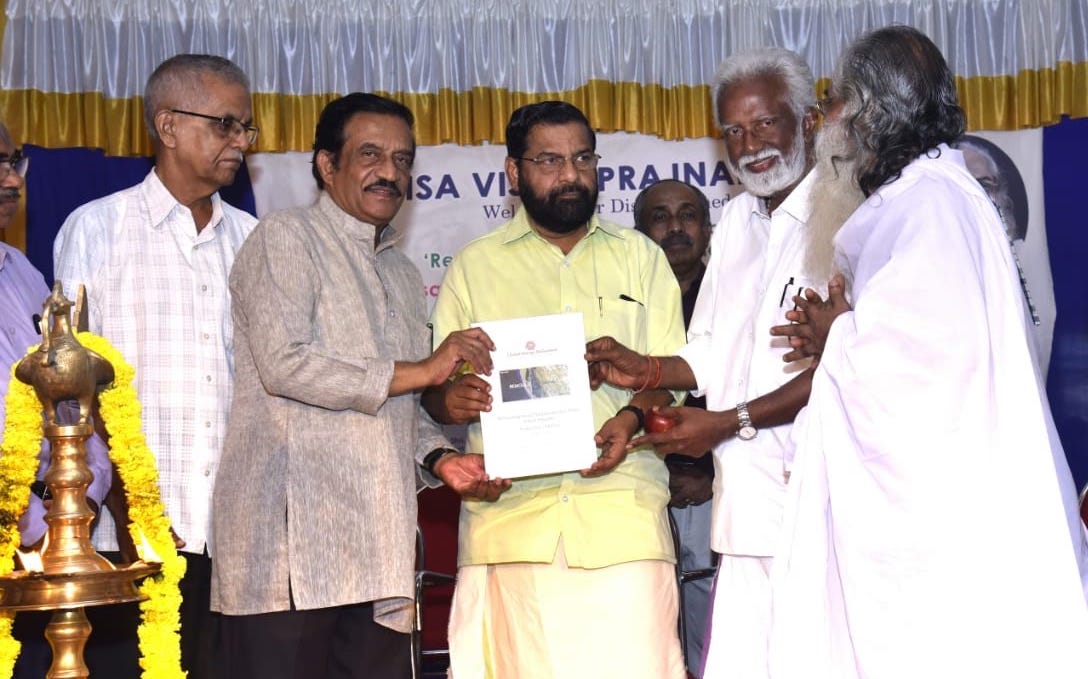 March 29, 2019: The Kerala State Minister for Tourism, Mr. Kadakampally Surendran, said that the State Government will seriously consider the Global Energy Parliament’s Sustainable State Model, which is designed to bring about greater long-term, holistic and sustainable development of infrastructure and use of natural resources by applying His Holiness Jagadguru Swami Isa’s I-Theory. The Minister inaugurated the Global Energy Parliament’s ‘Remoulding Kerala Sustainable State Model’ project in Thiruvananthapuram on March 29th.

"I appreciate the sincere efforts of GEP to salvage Kerala from the aftermath of the floods and provide a long term sustainable solution for its maladies," said the Minister in his inaugural address.

"The international consortium formed by GEP meticulously evaluated the last 100 years' development in Kerala State and have formulated a Sustainable State Model. It is imperative that Kerala makes that kind of retrospection in the light of such a shocking experience, and I am glad that GEP has taken the initiative," he said. Scientists from India, France, Germany, Denmark, and Chile since the August 2018 floods had been analysing the development and land usage trends in Kerala.

"Once the Remoulding Kerala Sustainable State Model is implemented, Kerala can be positioned as a global leader for sustainable living...I extend all my support to this novel project," the Minister said.

The function also attended by esteemed dignitaries including Dr. Shashi Tharoor, Member of Parliament and Former Under-Secretary-General of the United Nations; Mr. Kummanam Rajasekharan, the former Governor of Mizoram State; and the Member of Kerala Legislative Assembly, Mr. C. Divakaran.

His Holiness Jagadguru Swami Isa gave the Invocation Address, emphasizing the importance for the State Government and the people to put effort into balancing energy, not only in terms of quantity but in quality for long-term sustainability. “Total happiness and total peace will only be achievable through scientifically grounded programs like the GEP’s Sustainable State Model. Qualitative and quantitative energy balance is the need of the hour,” he said.

The first step of implementation of the Sustainable State Model is proposed to be planting fruit-bearing trees in the tourist destinations, and along roads and railways. The fruits would be made freely available to tourists and the common people. The first phase, as suggested by the Minister, will commence at Veli and Akkulam Tourist Villages.

“This initiative has several benefits, including increasing green cover in the State, reducing the effects of climate change, creating interest in tourists about Kerala’s traditional trees, and developing a culture of protection of common property,” said Dr. B. Vijayakumar, a renowned economist and the former Principal of Kerala Institute of Travel and Tourism Studies.

Also recommended in the first steps of the Project would be to increase forest cover along the coastline, gradually shift buildings further away from the coastline, and to consolidate the areas for Government, education, housing, and industries.

One of the lead scientists for the project, Dr. Christophe Dumas, is the Head of the Dept. of Solar-Thermal Energy at CEA, Govt of France, the GEP Research Centre Director. He says, “We have recommended that the Sustainable State should have 50% forest cover, 30% agriculture cover, and 20% for human infrastructure. Presently Kerala has devoted 68% of land to agriculture, 25% to wildlife and forest, and 7% to human infrastructure. This will put a lot of pressure on the State’s resources and people in the long-term.”

“The entire Model is based on the theory of energy balance described in Swami Isa’s I-Theory,” he explained. Dr. Dumas and Swami Isa have recently co-authored an article in the Journal of High Energy Physics, Gravitation and Cosmology, entitled “I Theory: A Quantum Unifying Theory?”

The Project Coordinator Dr. Marcus Guderle is the Chairman of GEP Germany. He has done site visits and mapped out the first Phase of the project to be implemented at Veli Tourist Village and Akkulam Tourist Village with various species of fruit trees, and developing the Phase II for implementation at a larger scale.

The function concluded with a delighteful Cultural Programme by the students of the Isa Viswa Vidyalayam, a pilot school for Education for Total Consciousnes, which celebrated the conclusion of its 21st year.

Video of the Minister's Address

GEP Founder, His Holiness Jagadguru Swami Isa, spoke about the long-term benefits of balancing quality of energy in the State. 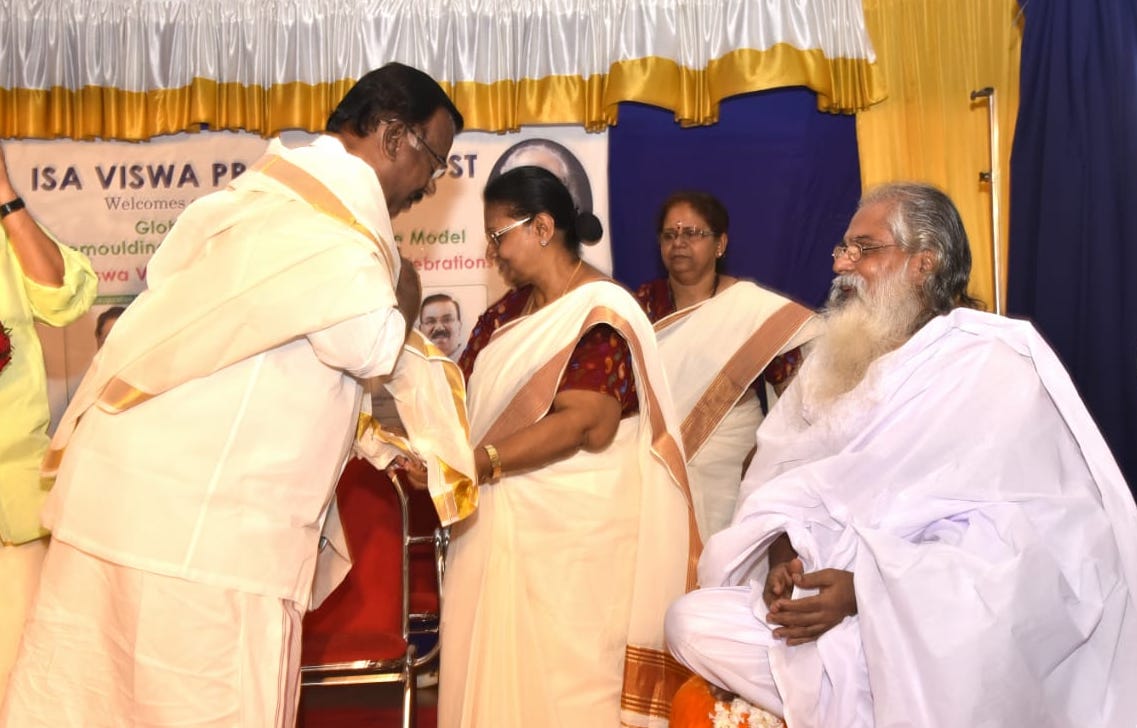 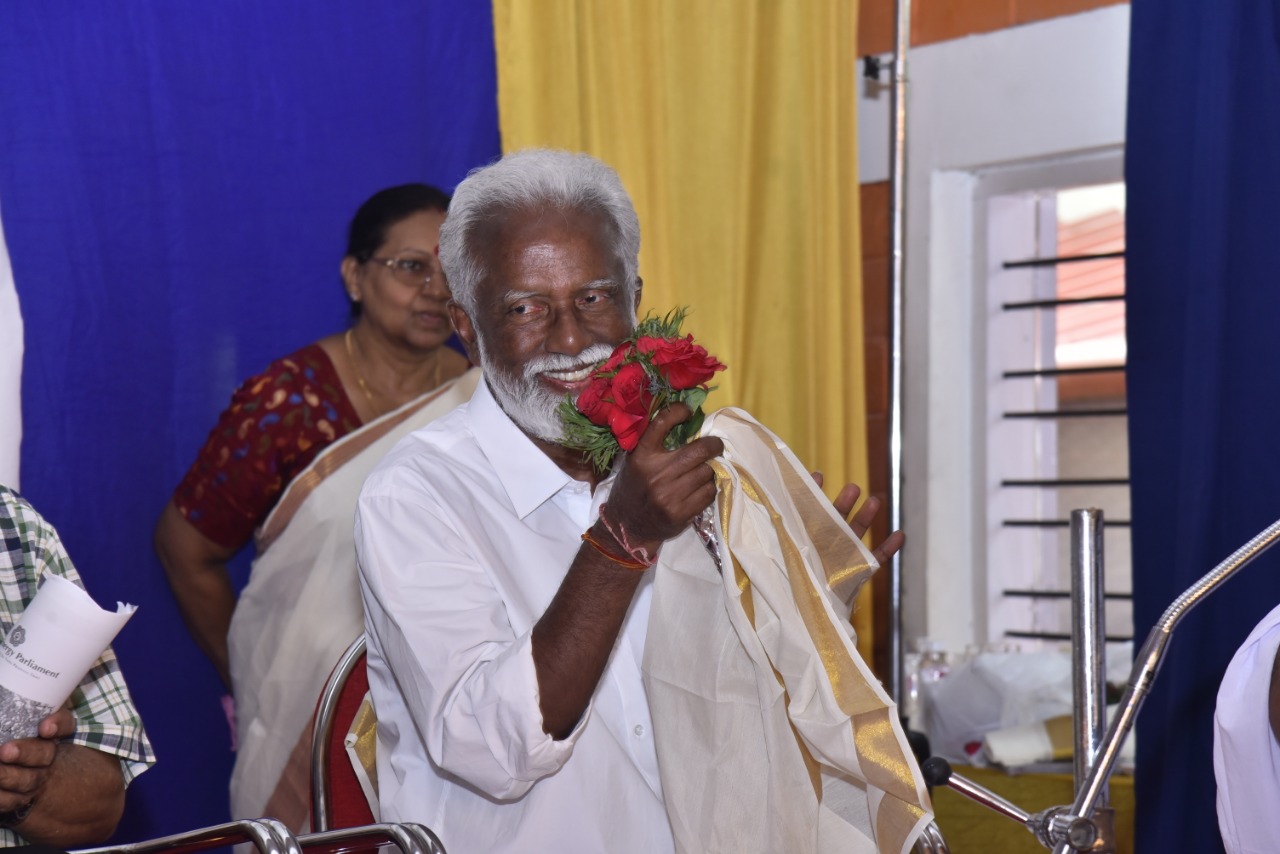 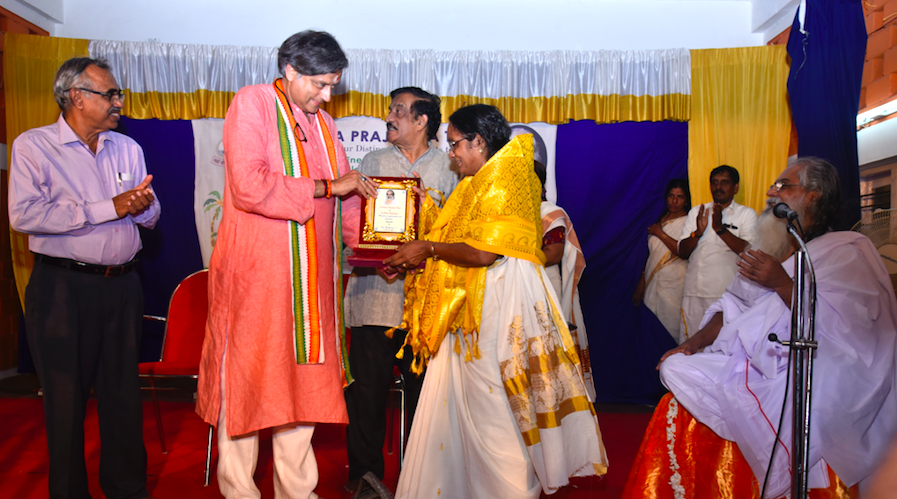