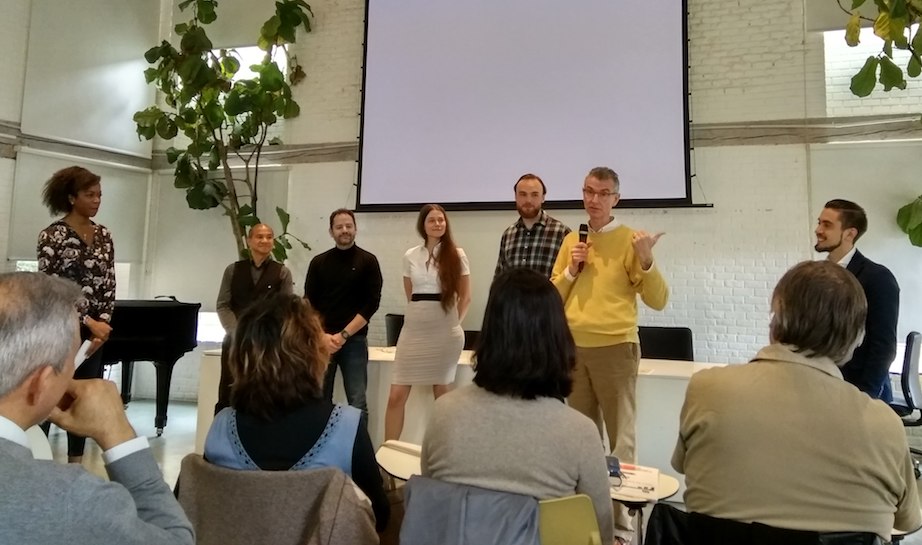 During 2018, Ricardo Jiménez, Spanish GEP Coordinator, spoke about the Global Energy Parliament in several Toastmasters meetings in Madrid, where he is an active participant and winner of speaking competitions.

One of the GEP's contributions is to bring awareness of the importance of actively participating in society through projects to enhance and balance the planet we live on, he says.

“One practical way of contributing,” he said, “is through the reduction of meat consumption. Global warming is a fact, and animal agriculture is one of the biggest contributors to the greenhouse effect.”

The methane generated by the animals, in conjunction with pesticides used to harvest crops to feed animals, is one of the largest human-made contributor to greenhouse gasses (said to be the first, second or third largest, depending on the source).

It is also a leading cause of deforestation, water and air pollution, and biodiversity loss. Therefore, Mr. Jiménez argues, one of the best things we can all do for the planet, for animals, and ourselves, is change our diet.

He has started a public awareness campaign about vegetarian diet in Spain and Germany.

Read his latest article: "The Benefits of Vegetarianism from a Scientific Perspective"