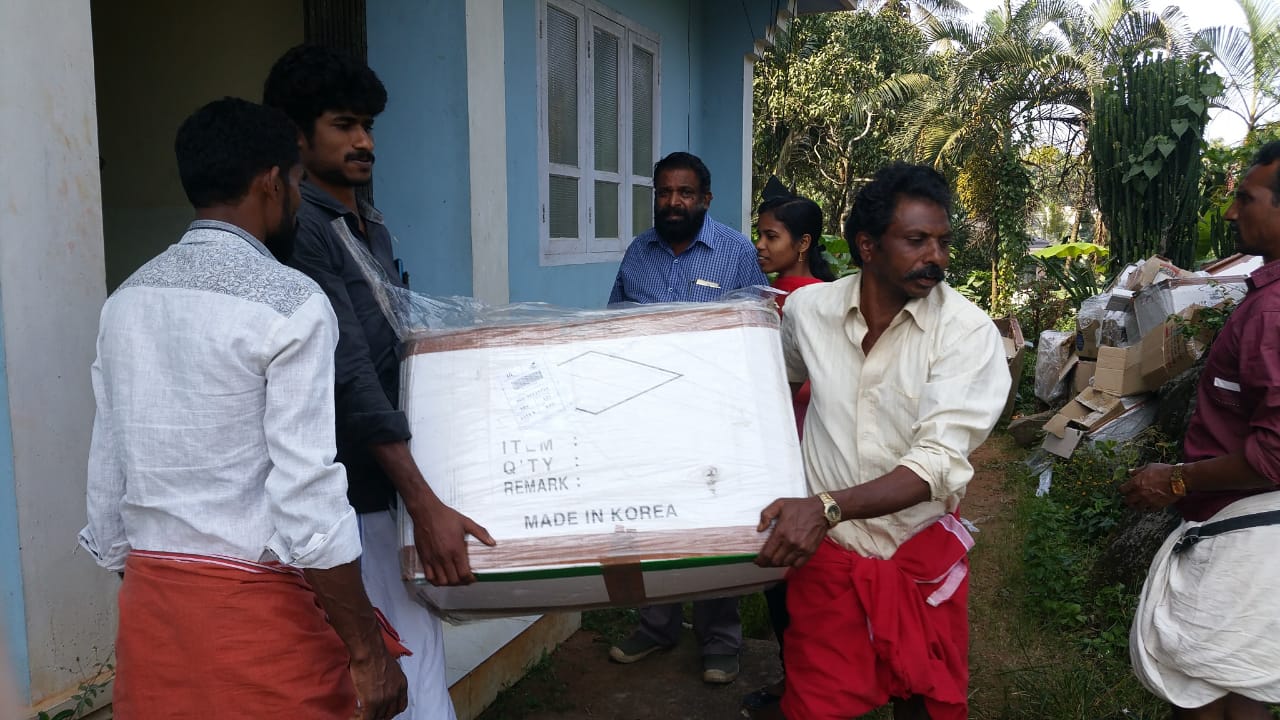 The container was handed over by GEP to the Government. 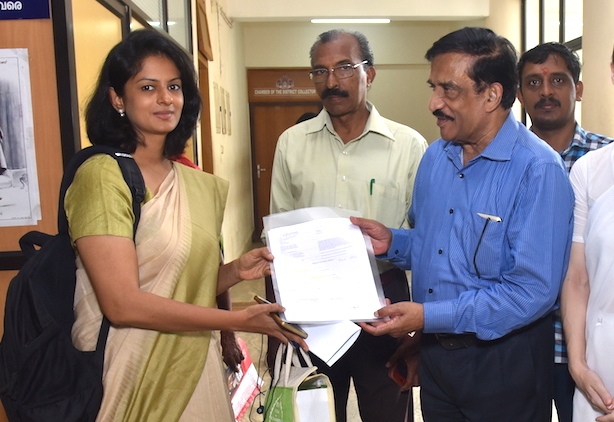 The shipment was sent to Idukki District, one of the most heavily affected districts in the eastern part of the state, in the hills. It had received 89% over average rainfall during July. Many landslides had occurred there, damaging roads and communications, which cut people off from essential services. Idukki has many tribal communities who suffered a great deal.

On December 21, GEP and IVPT volunteers drove to Adimali in Idukki to participate in the distribution of the flood relief items, coordinated by the government officials. First, with 25 government officers at a function organized by the Deputy Tahlsidar and the Village Officer, IVPT handed over items to 7 tribal leaders to take back to their people.

Dr. C.V. Ananda Bose, Speaker of the GEP, gave an address via streaming video at the function.

Another function was held at the Carmel Jyothi Special Needs School. 100 children with disabilities live at the school under the care of its staff. Before going back to their families for Christmas holidays, IVPT distributed packets of food to each of them, in the presence of the Ward Counsellor, the school Vicar and Principal, Village Officer and other officials.

They also gave items to a cancer care center which takes in very poor people.

The distribution, a total of 470 boxes, is continuing in the remote areas of Adimali.

See the photos below. 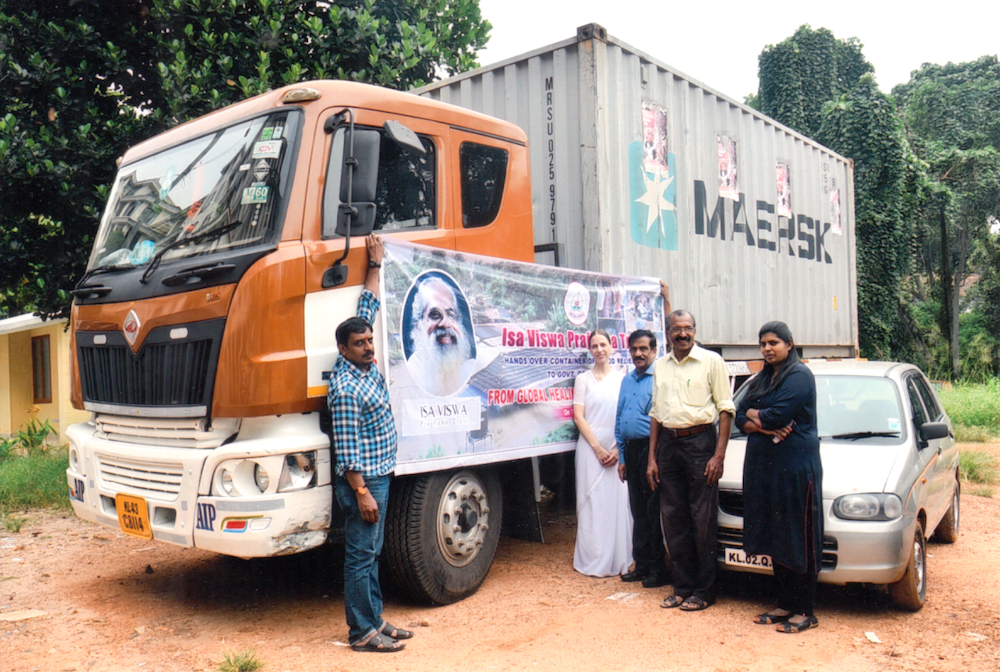 With the shipping container 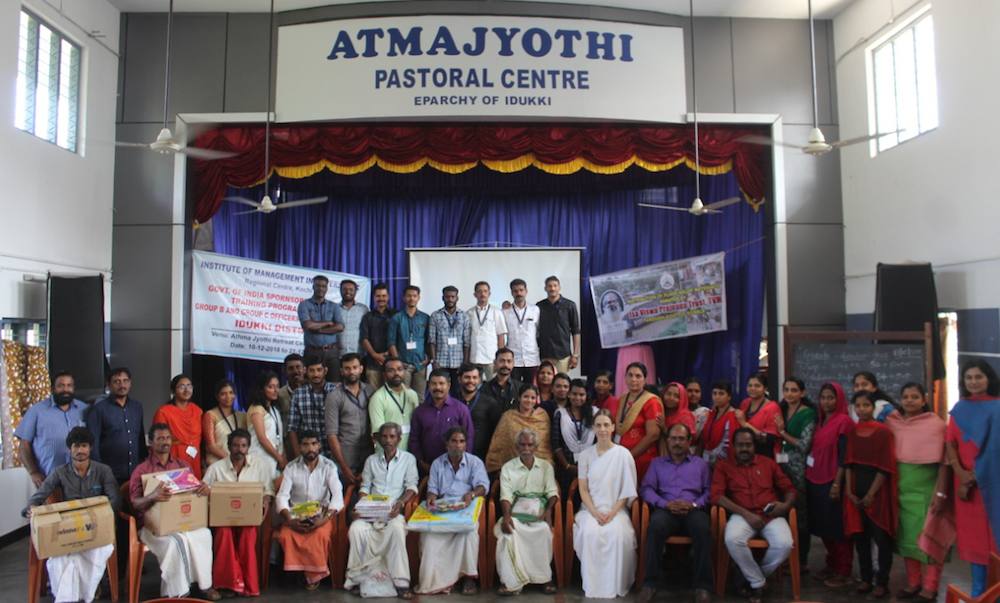 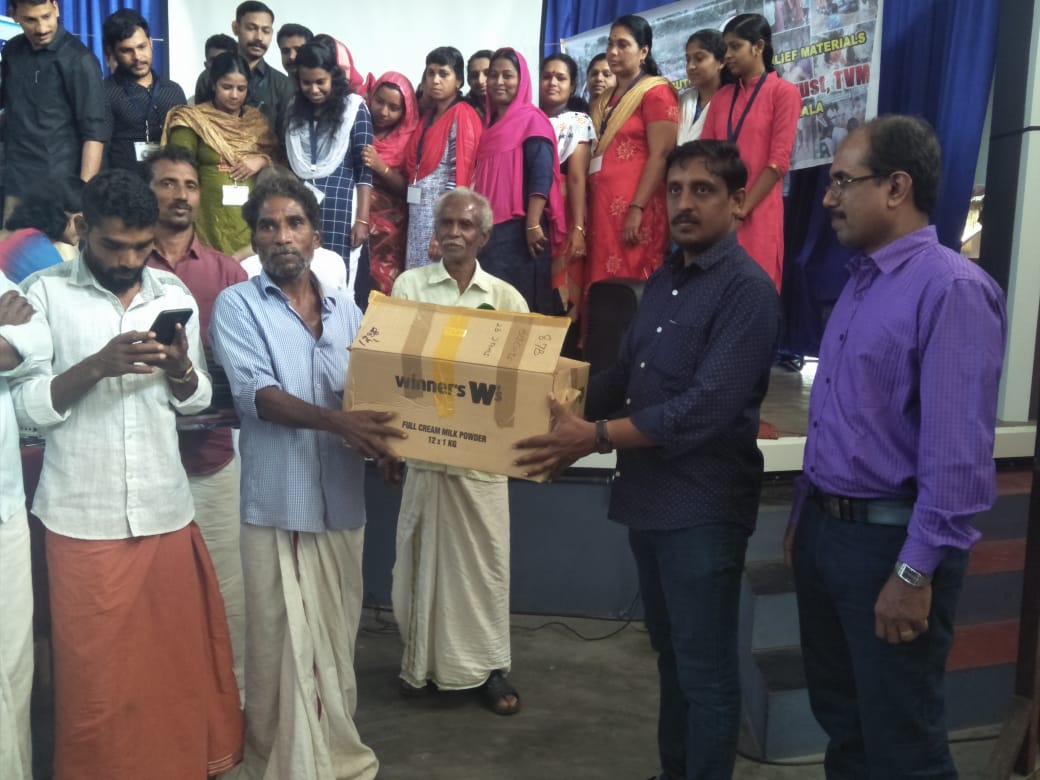 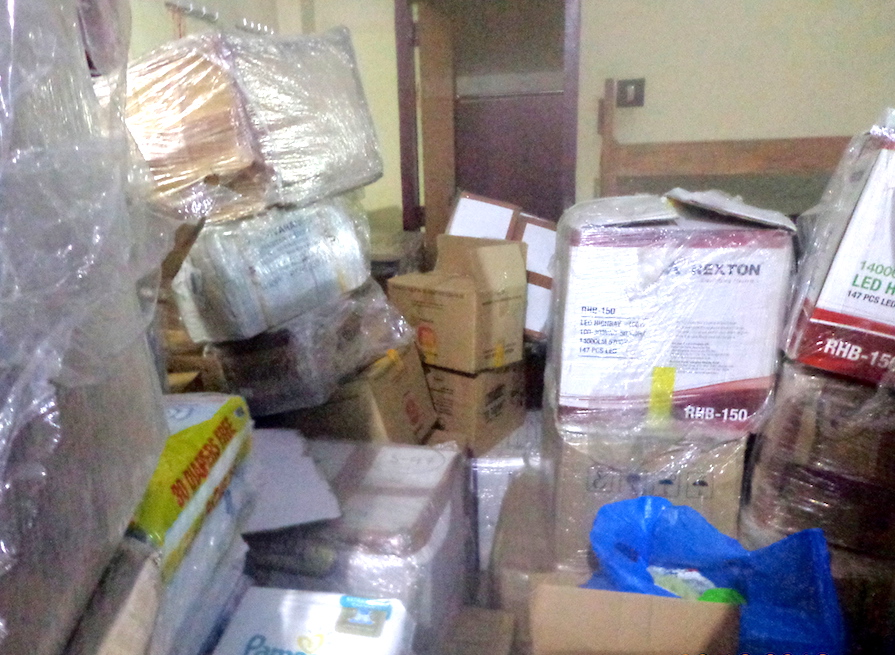 One of two rooms full of our relief materials. 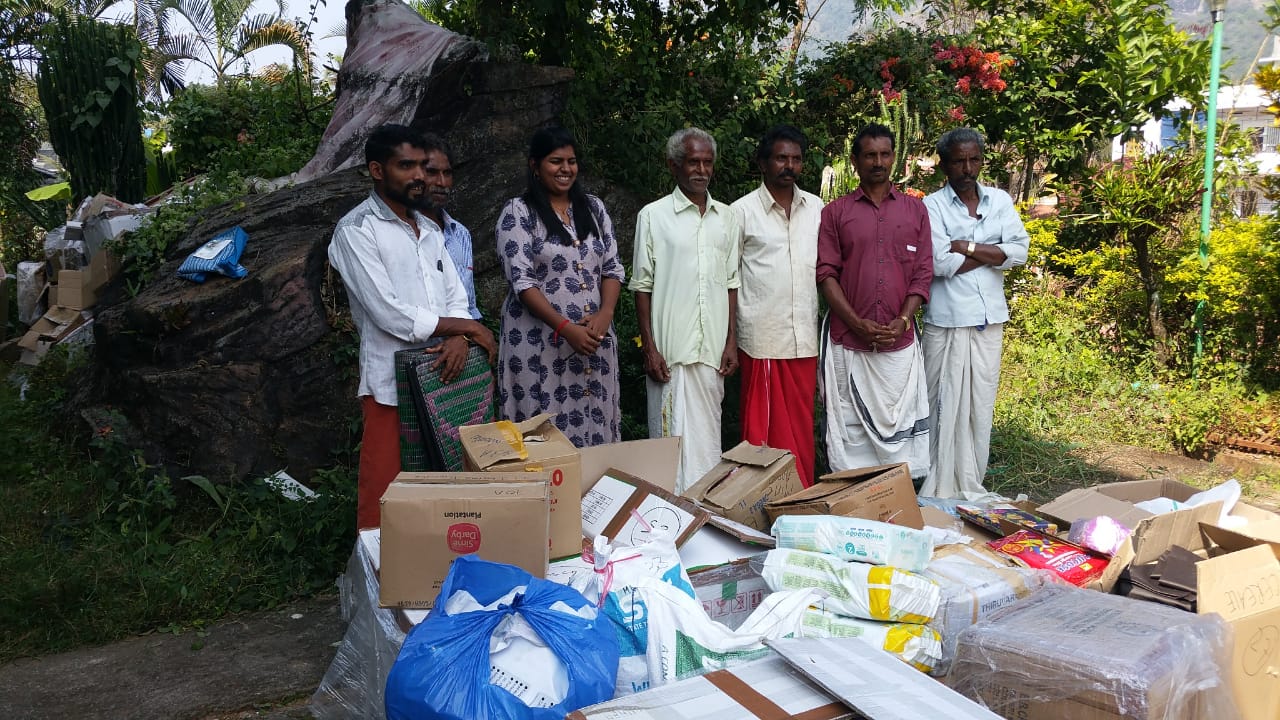 Tribal leaders receiving some items to take back to their colonies. 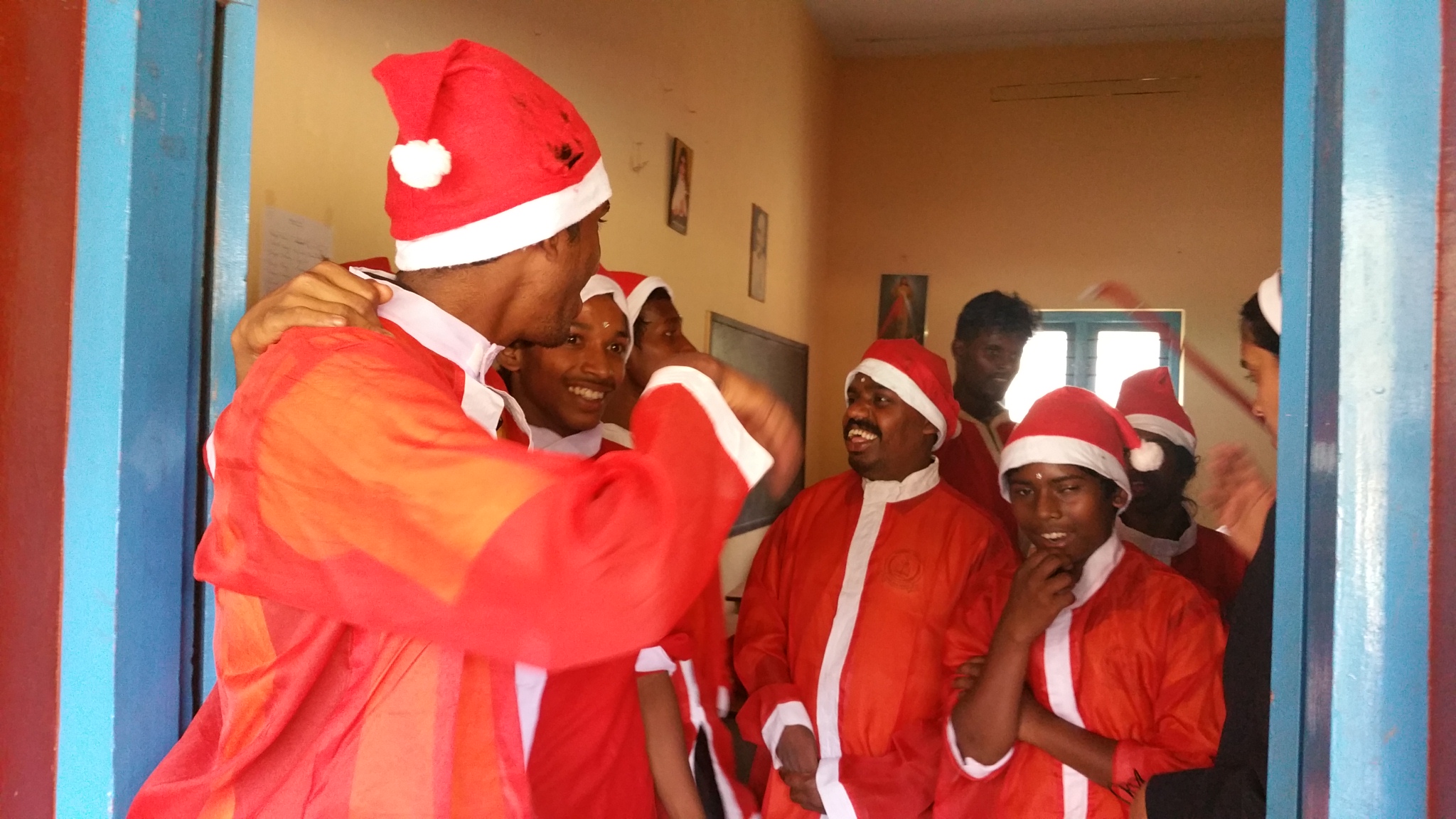 Students of the Special Needs School were celebrating Christmas -- just in time for "Santa" to come by with packets of flood relief materials! 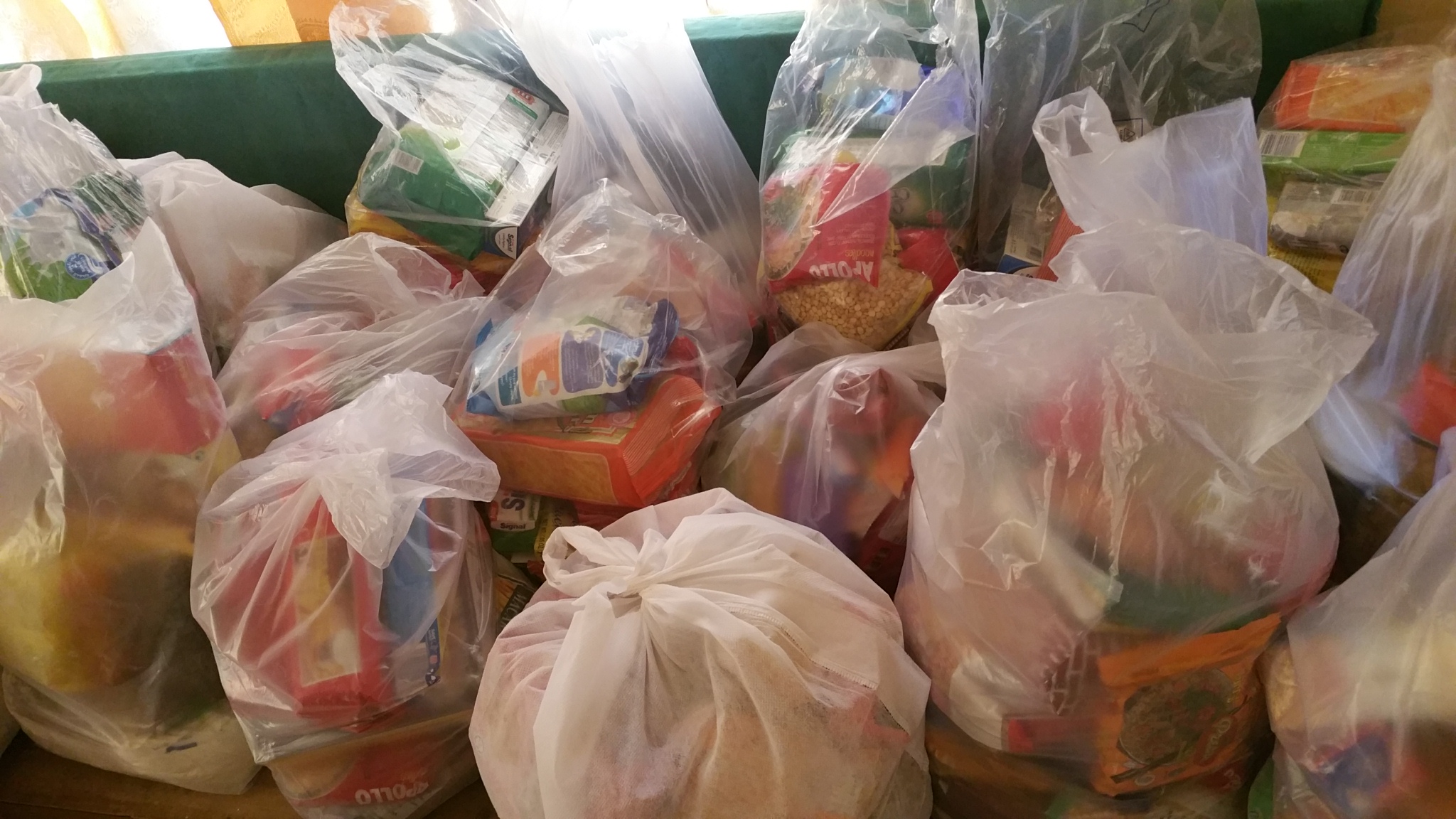 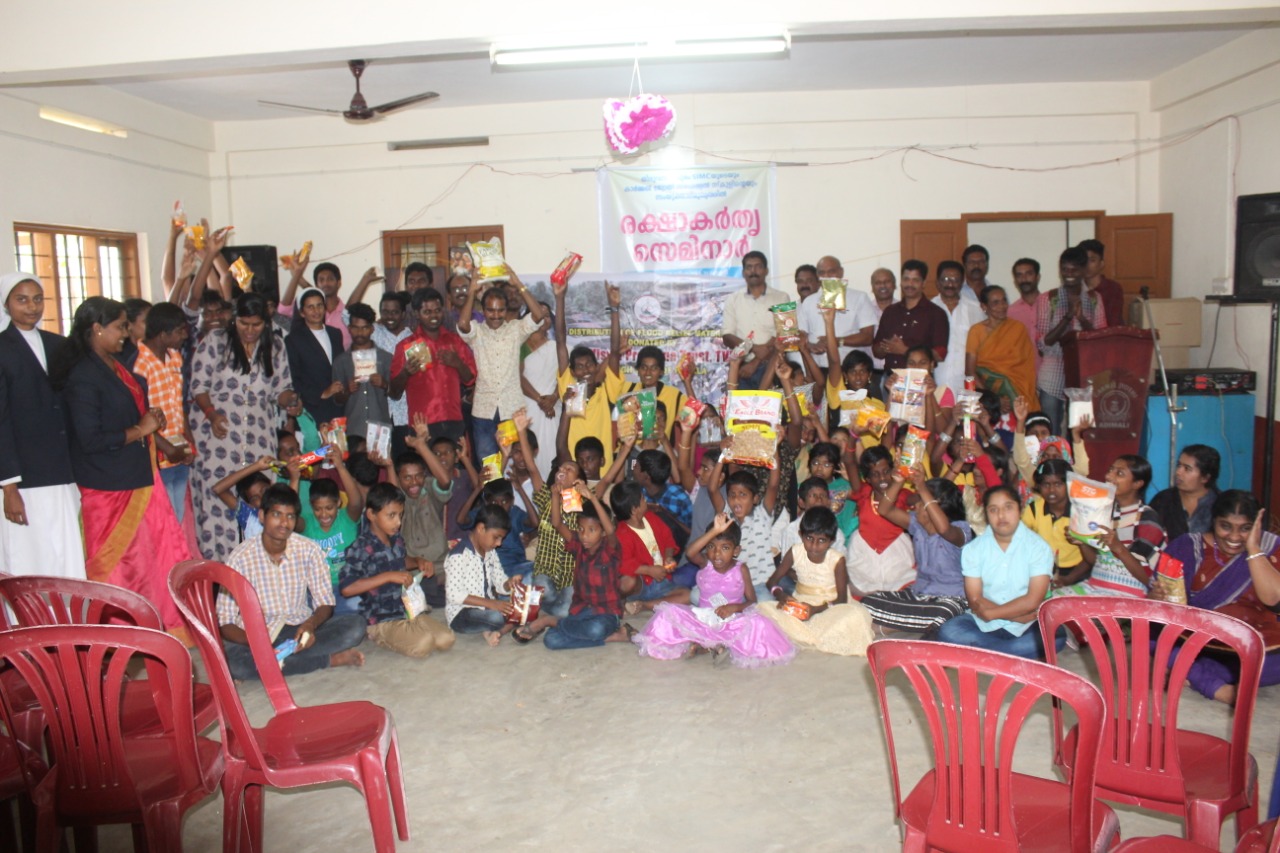